Reach for the glass 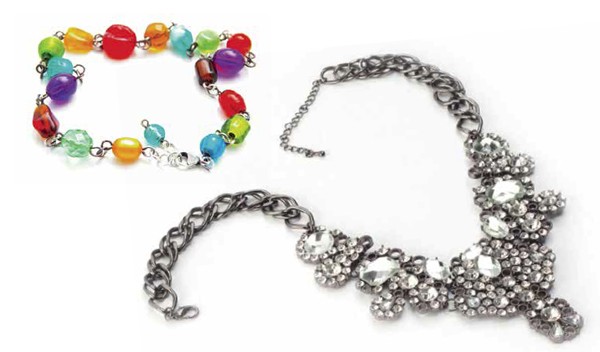 New regulations come into force this year, controlling lead content in jewellery and other items; but some materials are considered exempt, such as crystal glass, for which Dippal Manchanda of Assay Office Birmingham has developed a test.

Determining whether a glass is half full or half empty has long been a topic for discussion. The subjective verdict is regarded as an indication of an individual’s attitude to life, which may shift and change according to their circumstances.

Not so the definitive verdict of a rigorous new test developed by AnchorCert Analytical to determine whether glass is full lead crystal, or any other type of crystal glass, as defined by an EU Directive of 1969 (Annex I of Council Directive 69/493/EEC-1969). This analysis delivers quantitative scientific information, which is not subject to change.

The new ‘crystal glass’ test has been developed specifically in response to customer demand as manufacturers and importers prepare for the forthcoming restrictions on the use of lead in jewellery products under the European REACH (Restriction, Evaluation, Authorisation and Restriction of Chemicals) Regulation.

Lead is a metal that is toxic at very low levels of exposure. It accumulates in the body, so that regular exposure to even very low quantities may result in harmful levels which can badly damage the intellectual and behavioural development of infants and young children. Children are especially susceptible while their central nervous system is still developing. Their tendency to ‘mouth’ or suck things makes them particularly vulnerable as this is behaviour that may occur regularly over time and result in chronic exposure. Exposure to lead can also be harmful to adult health.

The products affected are: “Jewellery and imitation jewellery articles and hair accessories, including bracelets, necklaces and rings, piercing jewellery, wrist-watches and wrist-wear, brooches and cufflinks,” including glass. These are the same as those already covered by the cadmium restrictions covered under EU regulation 494/2011, but with the difference that glass is not included in the cadmium restrictions. Non-metallic parts are also included – lead is commonly found in plastics, varnishes, paints, enamels, lacquers, and in glass and crystals.

The new legislation will be enforceable from October 2013 and major retailers are already requiring suppliers to test their products to ensure that they comply not only with the existing nickel release and cadmium content regulations, but also with lead. The legislation requires that the lead content must be less than or equal to 0.05 per cent (500 parts per million) by weight of the individual part. However, it is recognised that there are not any suitable alternatives for some materials with a higher lead content, and vitreous enamels and crystal glass are therefore exempt from the regulation. Inevitably, manufacturers and importers are now keen to identify the components that can be classified as crystal glass as defined by the EU Directive of 1969 cited in the lead regulation.

In order to be classified as one of the categories of crystal glass, the material must comply with three different criteria. It must contain oxides of lead, barium, zinc or potash, combined or alone of at least 10 per cent; have a refractive index of above 1.52; and have a density above 2.45 grams per square centimetre. Assay Office Birmingham has a unique ability to offer this test, having the expertise and equipment to carry out both gemmological and chemical testing.

The sample will first be submitted to have its refractive index measured by the AnchorCert Gemmological Laboratory. For a trained and qualified gemmologist this is a relatively straightforward test using a refractometer. The item is then weighed using a hydrostatic balance to determine its relative density.

Again, this is a familiar process for an experienced gemmologist, requiring the stone to be weighed first in air, then in water. A calculation is then applied to the difference between the two weights to determine the relative density.

Once the gemmological aspect is completed, the stone is returned to the Laboratory for the expert chemists to continue the work. The sample has to be dissolved in order for its content to be accurately measured by the highly sophisticated ICP-OES. The sample is dissolved using an appropriate wet chemistry process and the resulting solution is analysed to determine the levels of oxides of barium, zinc and potassium it contains. The lead content is also reported so that if the sample should prove not to be crystal glass, and therefore not exempt, the results will determine whether it is compliant in respect of its lead content without having to undergo any further testing.

Once all of the results are available they will be assessed to determine the outcome. The final result will be reported by component, showing the actual refractive index, the relative density and a quantitative result for each element, including their oxide content. The outcome will be reported as ‘crystal – exempt’ or ‘non crystal’, which may then be either ‘compliant’ or ‘non compliant’, depending upon the amount of lead contained. 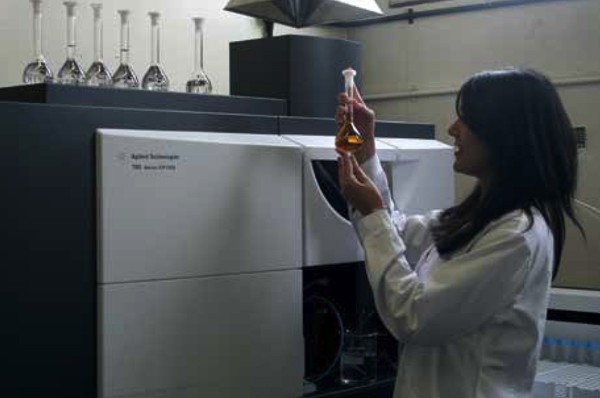 Dippal Manchanda is the chief assayer and technical director at Assay Office Birmingham, responsible for maintaining high analytical standards and providing scientific and technical expertise to all divisions of the business. Dippal holds a Masters degree (MSc) in inorganic chemistry and has over 20 years of experience in assaying and the examination of precious metals and alloys. He is also a Fellow of the Royal Society of Chemistry and has attained the level of membership of ‘Chartered Chemist’. The UK Science Council has awarded him the status of ‘Chartered Scientist’ – a recognition awarded to those scientists who demonstrate the application to stay up to date in their field. During his varied career, Dippal has been involved in several prestigious precious metal projects including setting up a state-of-the-art gold/silver medallion manufacturing facility for a public sector undertaking in India.