A February morning, it’s still dark outside, but inside Assay Office Birmingham is a hive of industry, as a team of white-coated technicians start another shift in the Laboratory. Sukhpreet Sandhu looks down the apparently endless line of neatly numbered, empty flasks, and draws a deep breath. It’s going to be a busy day. Sukhpreet and her colleague Chris Bickley are two members of a team of technicians currently carrying out nickel release testing for customers of AnchorCert Analytical . Recent changes to the test method have effectively reduced the compliance level demanded by this important piece of product safety legislation and the team is processing hundreds of samples a day to ensure they comply, prior to the new test becoming mandatory on 1 March 2013.

Nickel has been regulated by EU legislation since 2000 and there are clearly defined limits as to how much nickel can be released from any item that is intended to come into prolonged and direct contact with the skin. The legislation, which has now been incorporated into the REACH (Registration, Evaluation, Authorisation and restriction of Chemicals) Regulation, requires the release test to be carried out using a specific international standard, ISO EN 1811. The method for this test has recently been revised, with the level of nickel released in order for the item to be categorised as a PASS now significantly reduced. Despite vociferous lobbying by Assay Office Birmingham, and the BSI consequently voting against the change, the new method has been accepted following a majority vote within the EU. Any article tested after 1 March 2013 has to be tested according to the revised method. The inevitable consequence is that some pieces which passed previously will now certainly fail. Fashion jewellery suppliers and mass market watch importers in particular have been working behind the scenes for the past 18 months to make sure that their product is still compliant. 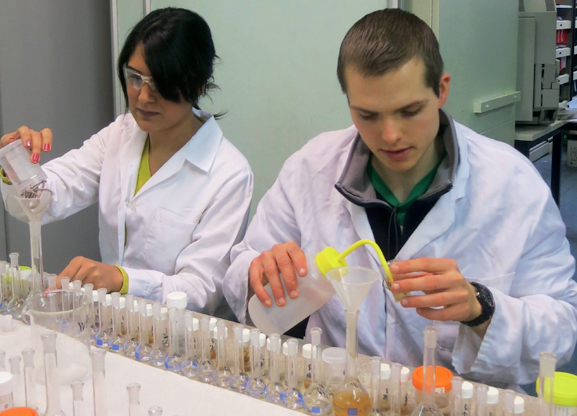 For the Laboratory, the new method has demanded an even more rigorous approach than was previously applied. AnchorCert Analytical has always been very diligent when carrying out both the full BS EN 1811 method and its own unique, in-house Quick Nickel Test, which gives a quicker and less expensive indication as to whether the item would pass the full reference test. Its long-standing UKAS accreditation for both tests is testament to its consistency and competence. However, the reduced compliance levels of the new tests and a more clearly specified method require technicians to be extremely diligent when carrying out the tests.

As with all articles submitted to the Assay Office, the first stage is a visual assessment by an experienced eye. An accurate result from the test relies upon it being carried out meticulously. The surface area of the item from which nickel is being released must be assessed accurately and the risk of contamination minimised at every stage of the process.

The initial assessment, in conjunction with specific customer requirements, determines how many components the article is broken down into and if any areas (which may not be intended to come into direct and prolonged contact with the skin) need to be masked off and therefore excluded from the test. 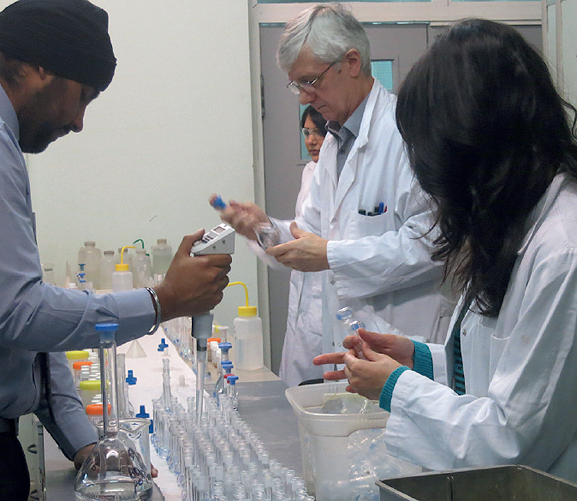 Sukhpreet and Chris and their colleagues first subject items to wear corrosion and procedures to simulate the impact of two years’ wear on the surface finish. The items are then split into components, masked off as appropriate and each component submerged in artificial sweat solution in an individual container. To avoid contamination each container is disposable and great care is taken throughout not to introduce any trace of nickel which could jeopardise the results. After seven days of immersion, held in an oven at 30?C, the sweat solution is transferred to clean flasks and analysed to determine the amount of nickel released. The surface area of the item from which the nickel was released is then calculated and the level per square centimetre reported, in accordance with the method and the requirements of the REACH regulation.

Sukhpreet, an expert nickel testing technician, says of the new method: “For sure the biggest risk to accuracy is contamination. We go to great lengths to ensure that nickel cannot accidentally be introduced at any stage of the method. We work in a clearly defined area, our flasks are washed carefully using nitric acid to cleanse them and we use disposable pots to ensure there can be no traces left behind by previous samples. Being methodical and using sensible judgement and experience when measuring the surface area is also very important.”

The analysis of the solution is obviously critical too, and this is carried out using inductively coupled plasma – optical emission spectrometry (ICPOES) to give an extremely accurate result, which can identify nickel content as low as 0.003 parts per million.

It is too early to gauge the exact impact of the new method, BS EN:1811:2011, on the industry as a whole. Hopefully manufacturers will find appropriate ways to finish and plate their products to avoid huge price rises or a further squeeze on the supply chain’s margins, but at the moment it is keeping Sukhpreet, Chris and the team very busy.

Sukhpreet graduated from the California State
University, USA, with a degree in Biology and
Chemistry. She has worked for the Laboratory for nearly three years and is proficient in using instruments
such as the ICP and AAS and in methods to test lead and cadmium as well as tests in the Organic
Laboratory. Sukhi currently specialises in nickel, overseeing the daily progress of hundreds of samples.

Chris is the Laboratory’s Quick Nickel specialist
and has worked for the Analytical Laboratory for several years. Chris ensures that all of the samples submitted for the Quick Nickel Test are processed
in line with customer requirements.